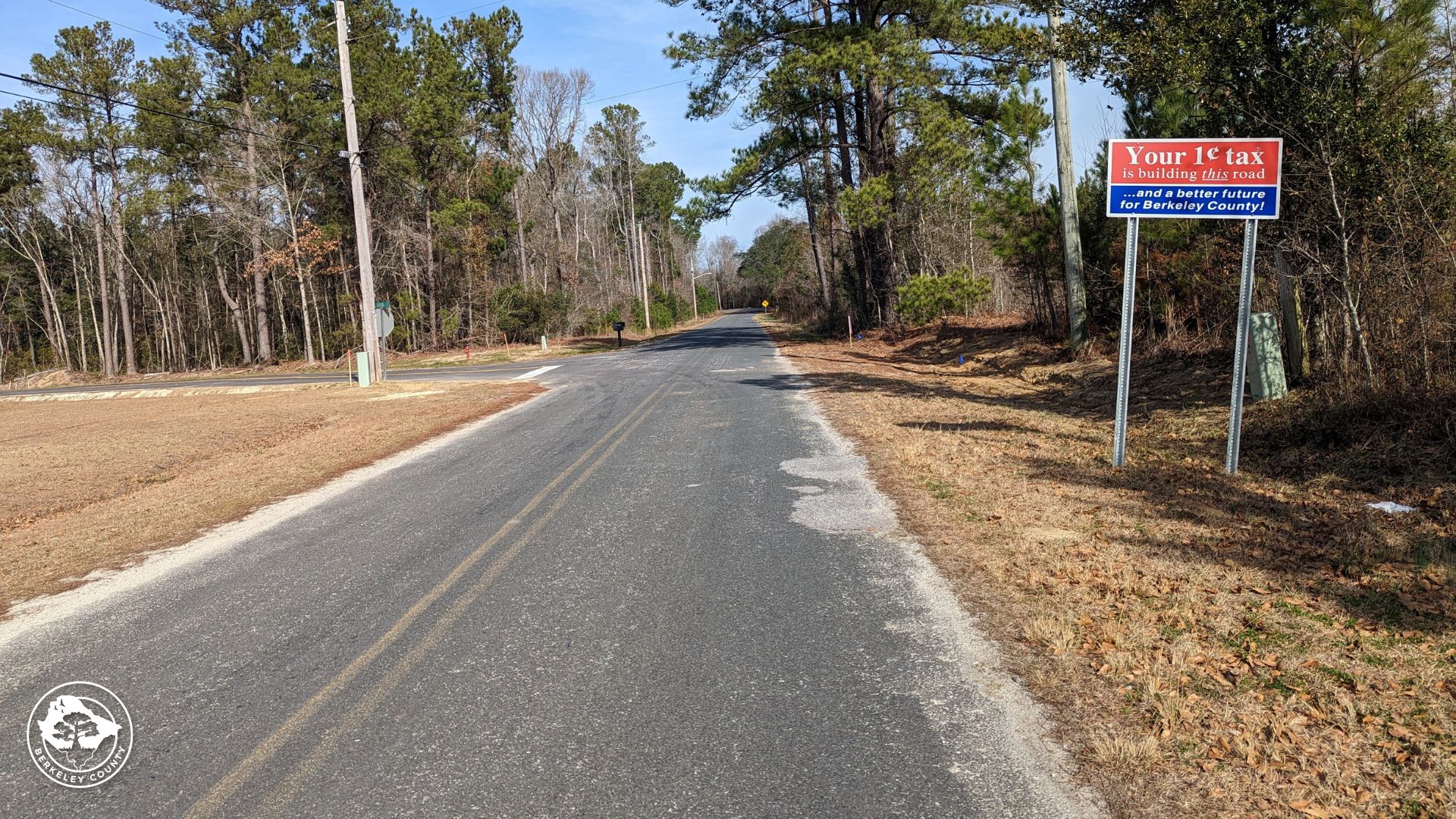 All of these roads have been paved, and Banks is working to complete final punch list items. SEE PICTURES ATTACHED.

The next set of Dirt-to-Pave projects scheduled for completion with Banks Construction include the following roads, totaling approximately 1.6 miles:

“Improving roads and infrastructure is a top priority for Berkeley County Council and our administration. Our successful Dirt-to-Pave program is critical for our citizens’ quality of life in rural communities. We are grateful to voters for passing the One-Cent Sales Tax Program in 2008, 2014 and again in November 2022 to allow us to continue to pave and enhance dozens of roads across our County.” -Johnny Cribb, Berkeley County Supervisor