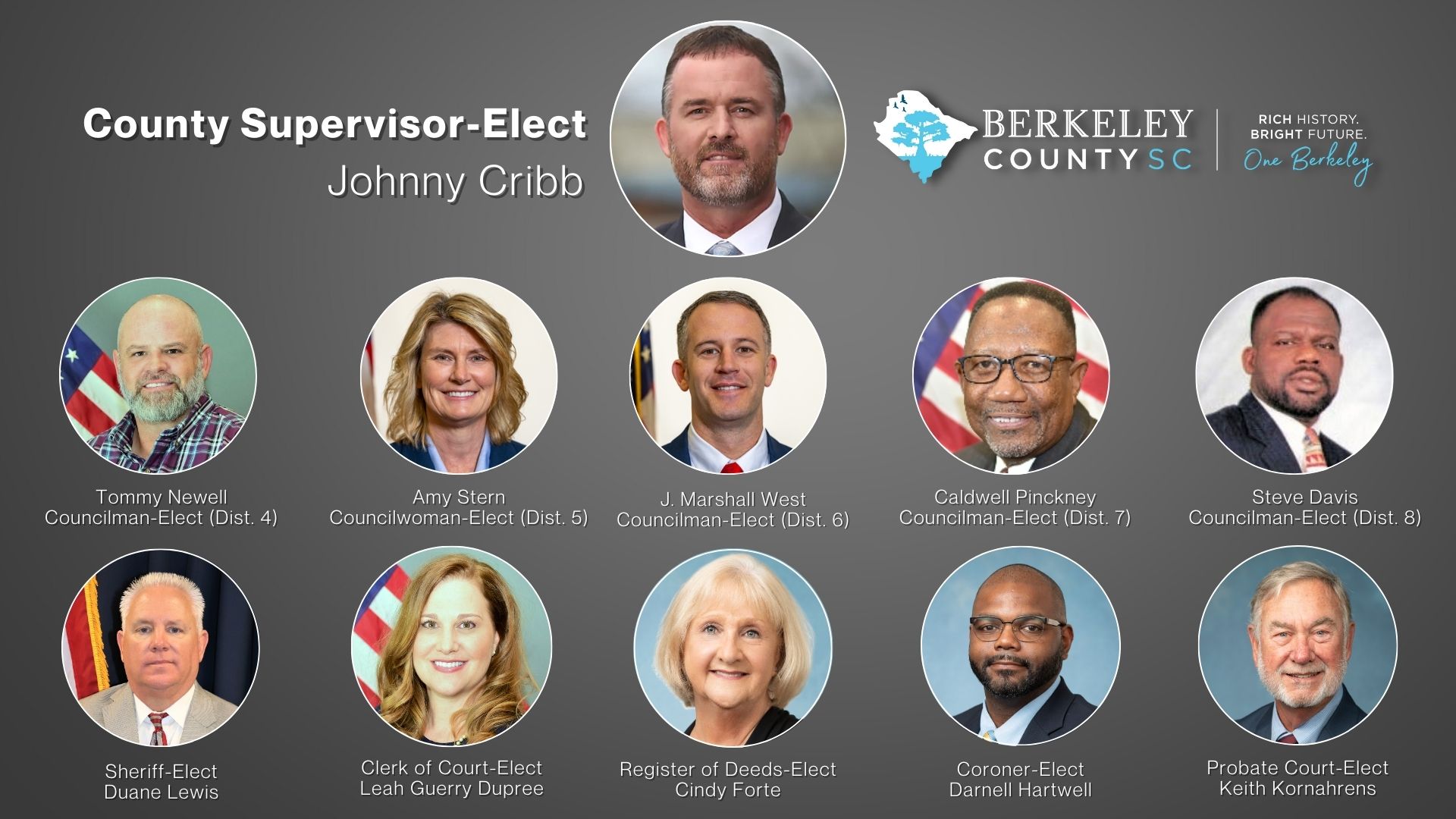 MONCKS CORNER, S.C. – (Friday, December 30, 2022) – Berkeley County will hold an Oath of Office ceremony on Tuesday, January 3, 2023 at 5:30 p.m. in the Assembly Room of the Berkeley County Administration Building, located at 1003 N. Highway 52 in Moncks Corner. County Council will convene for an organizational meeting immediately after the ceremony.

The following County seats and individuals will be sworn in:

*Pastor Adam Spurlock of Restoration Church in Hanahan will administer the Oath of Office.

*Rose Davis will administer the Oath of Office.

Coroner-Elect Darnell Hartwell will be sworn in Monday, January 2 at 6 p.m. at Pointe North Community Church, located at 110 Bi-Lo Drive in Moncks Corner. **The public is invited to attend.**

Sheriff-Elect Duane Lewis will be sworn in earlier on January 3 in a private, separate ceremony.

Register of Deeds-Elect Cindy Forte and Clerk of Court-Elect Leah Guerry Dupree will each also have their own private, separate Oath of Office ceremonies next month.