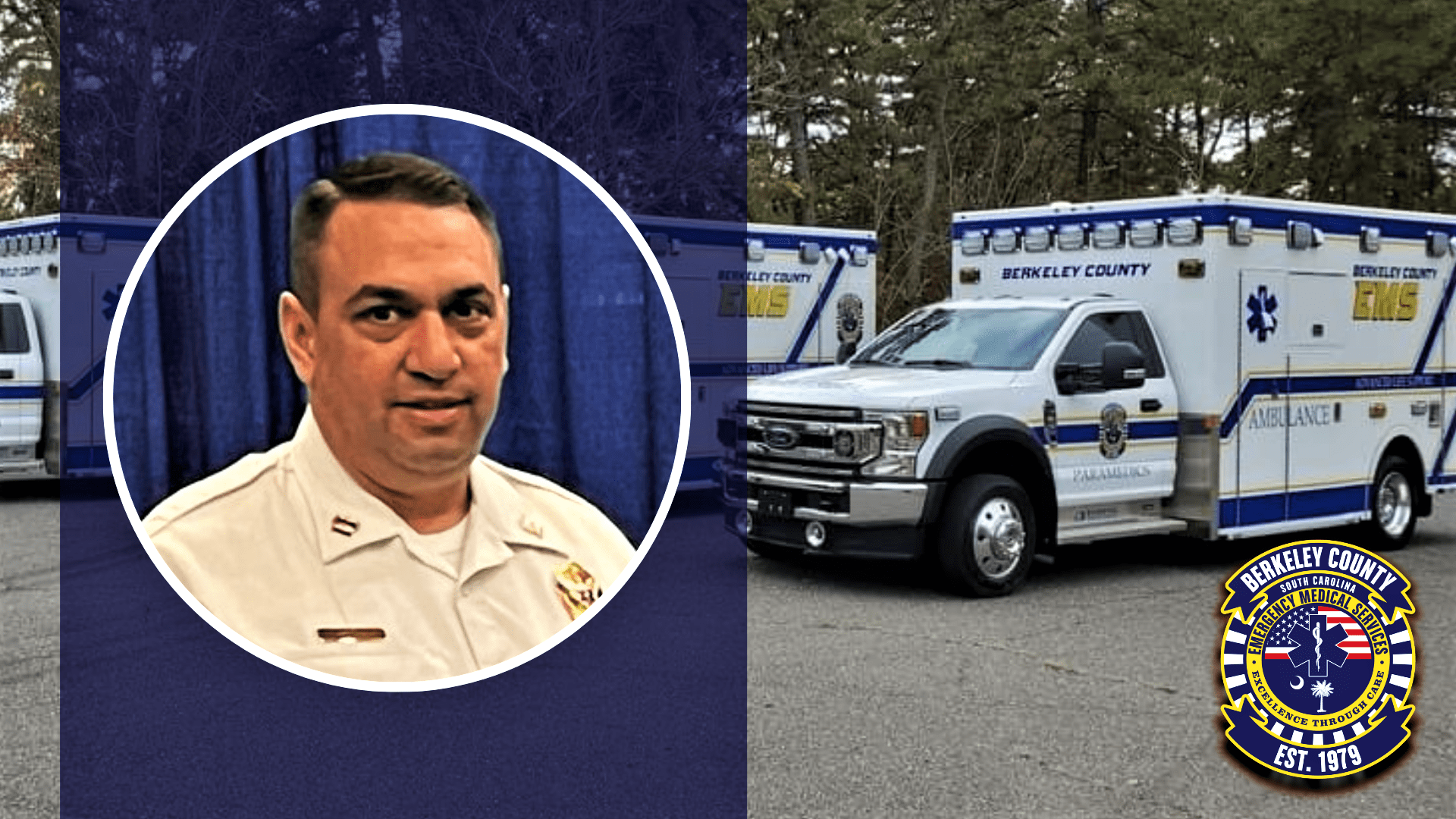 MONCKS CORNER, S.C. – (Wednesday, September 22, 2021) – Michael Shirey has been named the new Chief of Berkeley County Emergency Medical Services. Shirey’s first official day in the new position was Monday, September 20, 2021. Shirey has been serving as Interim EMS Chief since October 2020. Prior to that, he filled the role of Compliance Chief for the agency.

Shirey has been employed with Berkeley County since 2016. He is a veteran paramedic with 26 years of experience in the EMS and Emergency Management career field. He began his EMS career as an EMT in Charleston County, earning his paramedic certification in 1996 and eventually securing a promotion to the rank of Lieutenant. Shirey was later recruited to Trident Health System as an EMS liaison and was responsible for improving relationships between hospitals and EMS agencies, a project hailed for its broad scope of success. He was also charged with leading all physical security and Emergency Management preparation and response for all three campuses of the Trident Health hospital system.

Over the years, Shirey has been involved in Tactical EMS response, Hazardous Materials – EMS response and training, peer-to-peer support, and disaster preparedness training—which he’s delivered to various agencies across the state.

With the goal of inspiring and training more homegrown EMTs for Berkeley County, Shirey has also been integral in developing and helping lead the County’s EMS Explorer Program—one of the only organizations of its kind in the state—and coordinates with the EMS development program at Cane Bay High School. He has also been a key part of the team responsible for Berkeley County’s COVID-19 planning and operations.

Berkeley County EMS will continue to efficiently and effectively operate under Michael Shirey’s leadership. His skill and passion for emergency care is unmatched; his dedication to service above self over the years has not only helped train countless numbers of paramedics and EMTs but also helped serve countless individuals and families in their time of need. -Johnny Cribb, Berkeley County Supervisor

I am very proud and excited to lead such a dedicated group of skilled healthcare providers here in Berkeley County. Our commitment to ‘Making a Healthier, Better Berkeley’ relies upon our amazing EMTs and Paramedics performing at their best; and I view my job as making sure they have everything they need to be the best. Our team, working with our allied responders in 911 Dispatch, the fire service and law enforcement, will continue to provide (and improve on) high quality, ‘moving medicine’ that the citizens and visitors of Berkeley County expect and deserve. –Michael Shirey, Chief of Berkeley County EMS