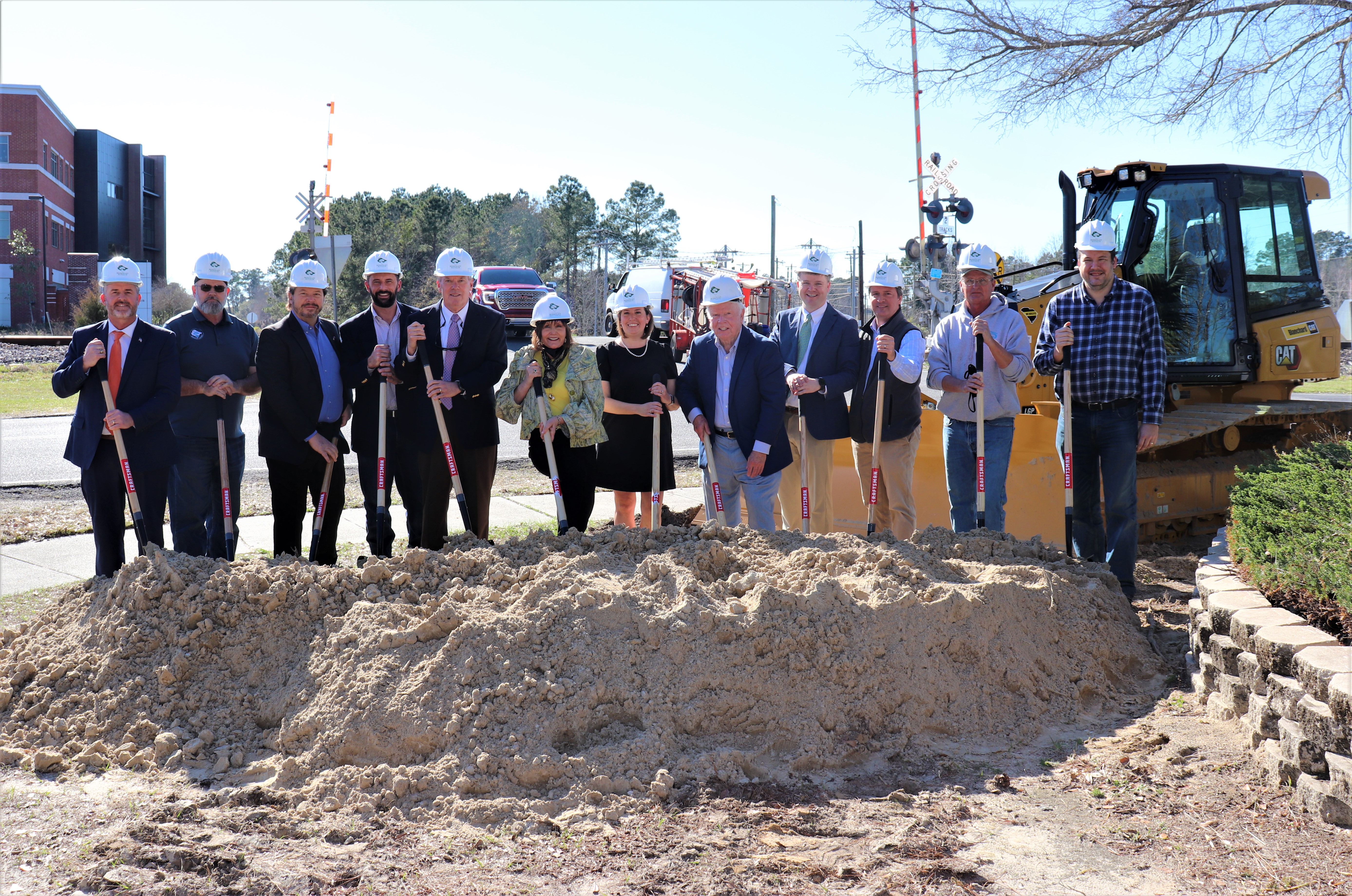 MONCKS CORNER, S.C. – (Thursday, March 4, 2021) – Berkeley County celebrated the long-awaited groundbreaking of Railroad Avenue Extension in Hanahan on Thursday, March 4. It was a milestone moment championed by local leaders, County and City of Hanahan staff, first responders and citizens. The critical road project has been in the works since the 1990s; and once completed, it will connect North and South Hanahan.

“We have seen partnership on the municipal level, on the County level, on the State level, and on the federal level all to make this happen. And I honestly hope that out of anything you walk out of here today, in addition to a new road, is that you remember how strong we are when we work together.” -Hanahan Mayor Christie Rainwater

The project, which is being managed by the S.C. Department of Transportation, will extend Railroad Avenue from Mabeline Road to Eagle Landing Boulevard. It will include a two-lane roadway, constructed along the eastern side of the existing CSX rail line, with a sidewalk along one side of the road. It is expected to take 18 months to complete.

“This project, really, it has a ton of quality of life components—families getting home to each other quicker, getting to your ballgame, getting to school—and all that’s really, really important; but public safety is the key. …It’s a big, big day in Hanahan.” -Johnny Cribb, Berkeley County Supervisor

Railroad Avenue has faced a series of delays over the course of a few decades. Kiewit Infrastructure South was awarded the construction contract in January and the project is scheduled to take 18 months to complete. The project is expected to cost an estimated $20.1 million. Approximately $16 million is funded from Berkeley County’s One-Cent Sales Tax and $4 million comes from federal funds.

“I’m so grateful that we didn’t give up. We stuck with it, and it finally came to fruition.” -Henry E. Brown Jr., former U.S. Representative for S.C.’s 1st Congressional District

“This is the reason why that I’ve always said, ‘Hanahan is the capital of Charleston because we do not give up.’” -Minnie Newman, former Hanahan Mayor (2002-2018)

“We knew that it would take more than the City of Hanahan to accomplish this, so this is a testimony to teamwork over a period of 30 years.” -Larry Cobb, former Hanahan Mayor (1989-2002)