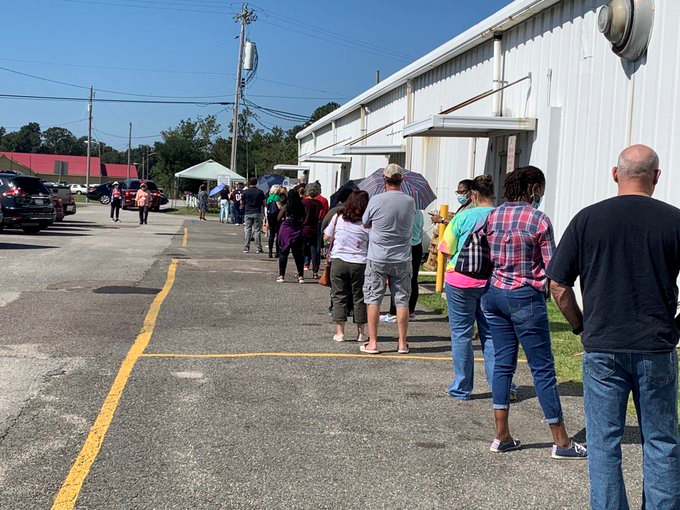 MONCKS CORNER, S.C.– (Friday, November 13, 2020) –Berkeley County Registration and Elections Director Adam Hammons made a presentation to County Council on Monday, November 9, highlighting the record voter turnout in the 2020 General Election, which exceeded the 2016 number by more than 20,000 people.

This video highlights the extra efforts from staff, additional locations, and more.

“It was well received to have those additional sites. I think it’s something that’s been needed and something that the public appreciated,” said Berkeley County Voter Registration and Elections Director Adam Hammons at the Council meeting Monday, November 9.

“Mr. Hammons, you had a heck of a task before you. Mr. Cribb said it earlier, but what an election and thank you and your staff…This was the first time we went from one site in Moncks Corner to three… and increased our voters by 20,000 people,” said Councilman Josh Whitley at Monday’s meeting.

On Election Day, there were 59 polling locations open with 96 precincts represented.

“I want to commend your staff. It’s like your Super Bowl… There was just some great work that went on,” said Supervisor Johnny Cribb at Monday’s meeting.