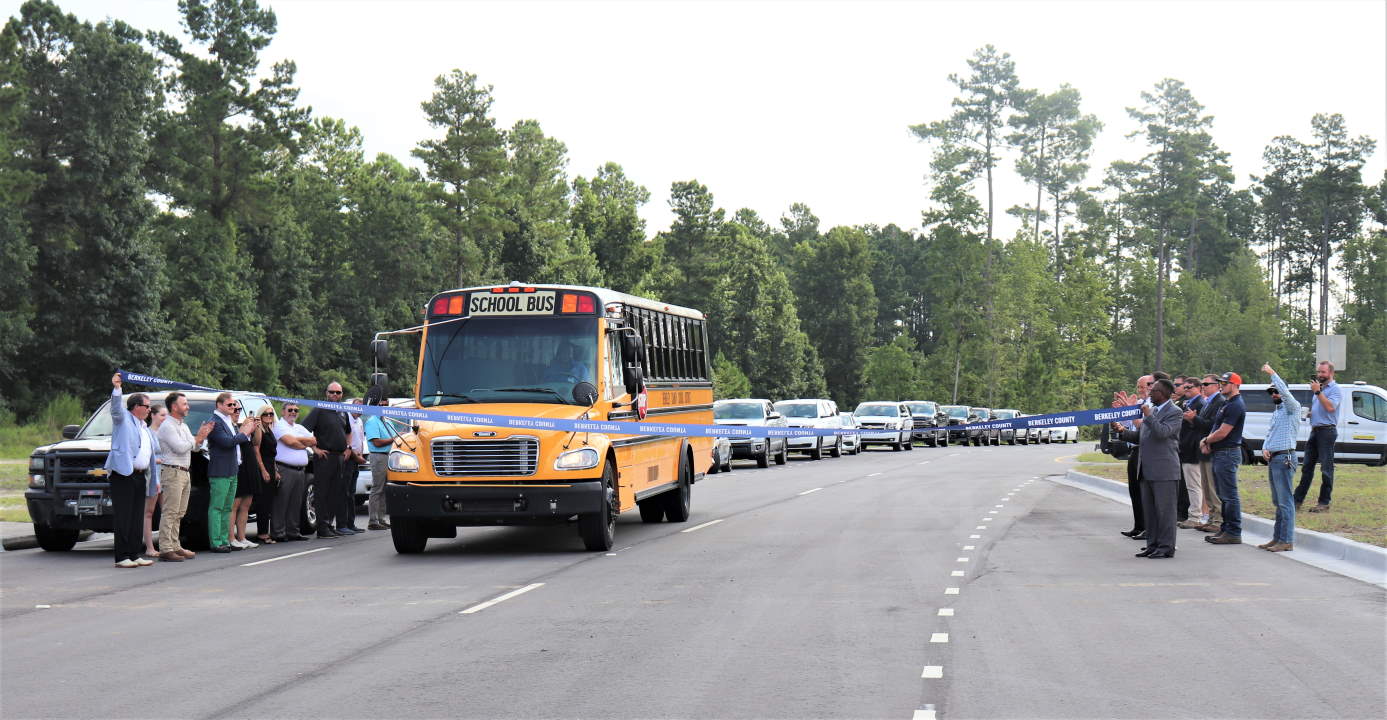 Spine Road C was completed by Gulf Stream Construction and funded by the developer, Gramling Brothers. This project included the extension of Nexton Parkway and its associated multi-use pathway into the Cane Bay development; completing the third planned leg of the roundabout on Cane Bay Boulevard near Cane Bay area schools; and improving/installing signage, pavement markings, and pedestrian beacons in and around the roundabout.

There are also plans to widen U.S. 176 from two to four lanes with dedicated turn lanes, from U.S. 17-A to the intersection of U.S. 176 and Nexton Parkway/Nexton Parkway Extension. Berkeley County Council awarded the contract for this additional project, known as U.S. 176 Widening Phase I, at the Council meeting on June 28.

With the opening of Spine Road C comes a much-needed third access point to enter/exit the Cane Bay community. The County is proud that through our beneficial One-Cent Sales Tax Program—which funded the U.S. 176/Nexton Parkway Extension and intersection improvements—and through the help of developers like Gramling Brothers we can continue to provide the community critical public safety and infrastructure solutions to traffic congestion; and in this case, help make the commute to work and schools in the Cane Bay area both safer and quicker for all citizens. -Johnny Cribb, Berkeley County Supervisor